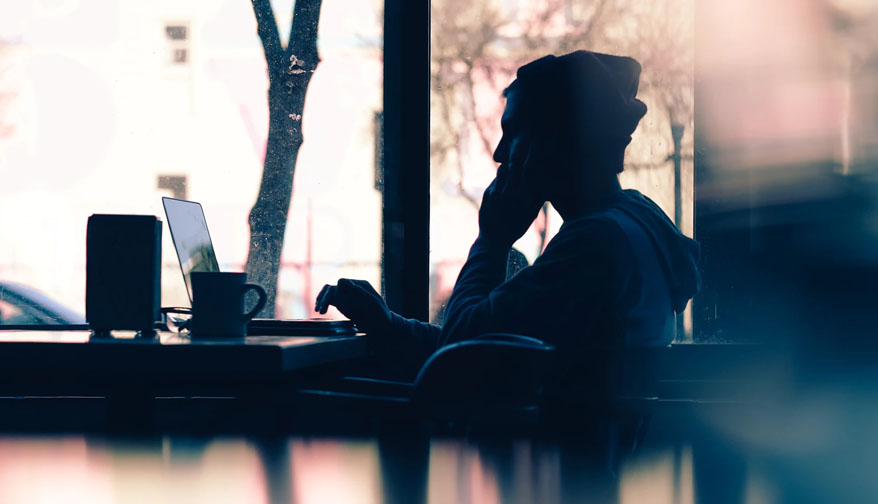 With the advent of staff being more and more mobile with work activities, they are often not in the office. This remote teleworking has been a growing trend for many years and can mean that employee systems are not on the corporate network ever or very infrequently. If the systems are not on the corporate network, then the audit logs and other activity from their laptops cannot always be collected in near real time as there is no connection to the internal SIEM system that is typically on the corporate network. The corporate SIEM systems need to be protected and rarely on open networks as they contain sensitive information and need to be protected from tampering and viewing from unauthorized parties. This can leave the end point systems exposed to unauthorized activity from the staff member doing something they should not be doing, or to being hacked from an external party while on some other open network like a Starbucks, a cafe, a hotel or an airport’s wireless network for example. If the system gets compromised, then no log or alert information can be sent to the corporate SIEM and the security teams won’t know that one of their employees was just hacked. In general, most connections would require the employee to VPN when remote or go into an office location to connect to the LAN so the logs can be sent to the corporate SIEM. But by then the system may already be compromised so it could spread the malware on the corporate network and result in a larger scale incident. Many attacks can go unnoticed after a seemingly innocuous event such as not patching the system, a user clicked on a malicious link and malware was installed, a remote hacker exploits some weakness in the systems settings or via a new day zero vulnerability. Some attacks may try and hide on users’ systems until the user connects back to the corporate network but there will still be subtle bits of activity that can be detected and reported on with software installs and process execution.

So how can Snare help with this problem?

We have the capability to collect the logs from the employee’s system in near real time over the internet, all securely over TLS using a mutual authentication key to our Snare Collector/Reflector technology. The system can be open to the internet and only allow authorized connections from the Snare agents to the Snare Collector/Reflector. Any system that does not have the relevant authorization keys won’t be allowed to connect. Along with TLS certificate strict validation the destination connection can be trusted and securely send the log data to the central SIEM. The connection works much like a VPN does for the traditional laptop to corporate network when a user is remote, but it limited only to the Snare Agent and the Snare Collector/Reflector for sending log data. This then allows all remote workers systems to have near real time monitoring and collect the audit logs whenever they are on the Internet such as in a cafe, hotel, airport or a Starbucks, which are all common areas they can be exposed from a remote exploitation attack, so this ability helps with early incident detection and data breaches of the users endpoint system before it can spread to other users and the corporate network. The technology can be deployed on the corporate network or in the cloud and reflected around to other parts of the network and multiple SIEM systems as needed to facilitate early warnings and reporting for the security team and any SOC an organisation has in place. The time to detection of a breach is always critical to containment and minimizing any business impact. That’s why collecting the data in near real time is always important to minimize the impact to the business.

Using Snare to Detect a Threat
Scroll to top

We may request cookies to be set on your device. We use cookies to let us know when you visit our websites, how you interact with us, to enrich your user experience, and to customize your relationship with our website.

Click on the different category headings to find out more. You can also change some of your preferences. Note that blocking some types of cookies may impact your experience on our websites and the services we are able to offer.

These cookies are strictly necessary to provide you with services available through our website and to use some of its features.

Because these cookies are strictly necessary to deliver the website, refuseing them will have impact how our site functions. You always can block or delete cookies by changing your browser settings and force blocking all cookies on this website. But this will always prompt you to accept/refuse cookies when revisiting our site.

We fully respect if you want to refuse cookies but to avoid asking you again and again kindly allow us to store a cookie for that. You are free to opt out any time or opt in for other cookies to get a better experience. If you refuse cookies we will remove all set cookies in our domain.

We provide you with a list of stored cookies on your computer in our domain so you can check what we stored. Due to security reasons we are not able to show or modify cookies from other domains. You can check these in your browser security settings.

We also use different external services like Google Webfonts, Google Maps, and external Video providers. Since these providers may collect personal data like your IP address we allow you to block them here. Please be aware that this might heavily reduce the functionality and appearance of our site. Changes will take effect once you reload the page.